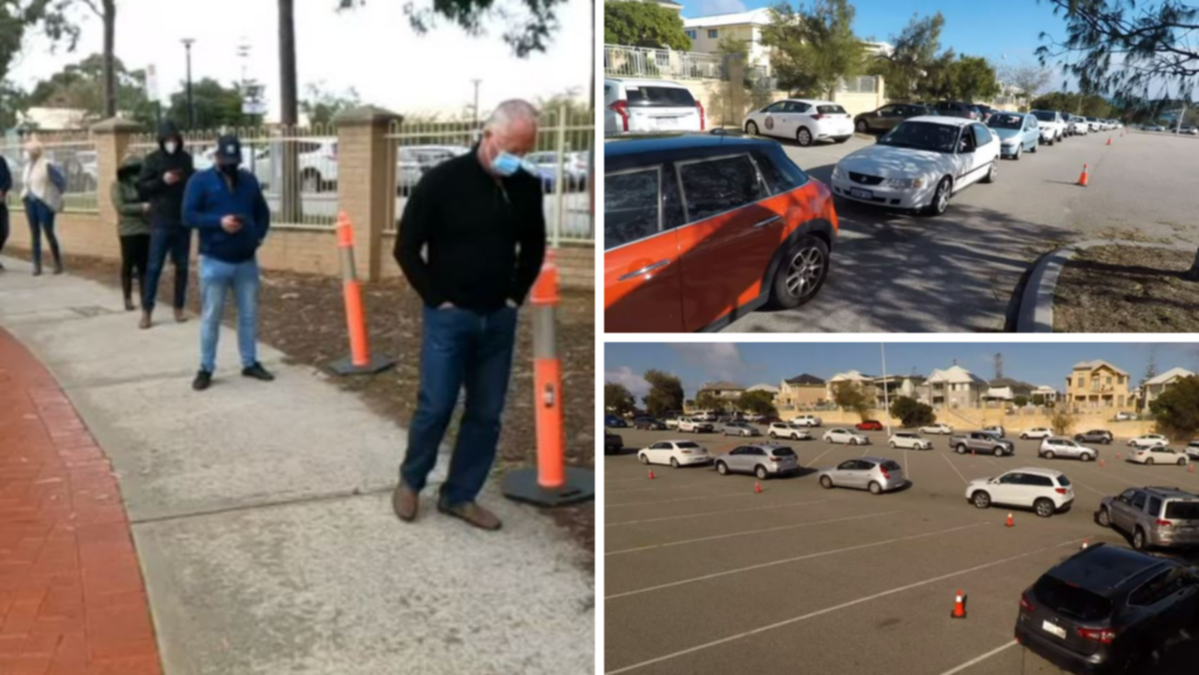 New exposure sites have been added to WA’s list of venues after a new COVID case was confirmed in WA on Monday.

The new sites added include Craigie Leisure Centre, which was evacuated on Monday morning.

Connolly Primary School on June 24 from 11.30am-2pm. School closed on Monday. The entire Year 5 class are close contacts and must get tested and quarantine for 14 days.

Those who attended two shopping centres are now asked to monitor themselves for symptoms and get tested and isolate if symptoms develop.

Day one of restrictions

The following restrictions began on Monday and will go for at least three days.

Masks are now being made mandatory in the Perth and Peel regions in indoor venues and outdoors where social distancing is not possible.

Public events will be restricted to 150 people or will be cancelled or played without spectators.

People will only be allowed to have 30 guests in their homes.

The two-square-metre rule is being imposed on hospitality, retail and recreation venues, including gyms and places of worship.

There will be a patron cap of 150 people.

Weddings and funerals can proceed but are limited to 150 people.

Travel to remote Aboriginal communities will be restricted.

A new clinic in Mindarie has been set up to cope with demand, with people lining up to get tested before construction had even finished.

Cars were bumper to bumper at the clinic on Monday, with the queue stretching for more than a kilometre.

Many had come from the Joondalup clinic where some had been in line since 4.30am – three hours before the clinic even opened.

On Sunday night people had to be turned away from that clinic after wait times blew out to nine hours.

Mindarie is just one of four new testing locations across Perth, along with Wangara, Hocking and Duncraig.

There were 8398 COVID tests conducted in WA on Sunday.

The state government says while the numbers are encouraging, it’s not enough, urging more people to get tested.