The use of language in defining characterization in the play; King Lear

The use of imagery in King Lear could be found as animal characteristic that is applied in the character’s dialogue to refer to other person or to speak for oneself. When Lear said “Come not between the Dragon and his wrath” (I, i, 121), he could be read as an arrogant man with full of confidence. The use of dragon as the imagery shows great power and viciousness as dragon is known as a most powerful monster in myth. Thus, it is imagined Lear as a man who is capable of causing immense disaster.

Other than that, there is also animal imagery spoken by Fool, who throw a sarcastic remark to Lear “Truth’s a dog must to kennel; he must be whipped out when the Lady’s Brach may stand by th’fire and stink” (I, iv, 110 – 112), he is actually referring the Lady’s Brach to Lear’s two elder daughters. Brach is a hound bitch which is associated with flattery, while the other dog is whipped and should belongs to it’s kennel, the brach gets to sit by the fire. They had indeed flatter Lear to the extent of foolishness. Fool is indicating that Goneril and Regan flatter to gain their part of land, while Cordelia speaks of truth but is disclaim as a daughter.

In Act 1, Lear has cursed Goneril, “…she may feel How sharper than a serpent’s tooth it is To have a thankless child!…” (I, iv, 287 – 288). Lear has cursed Goneril for her to be childless and if it is not, she would be present with a child that gives burden to her all life. By this line, Lear has also meant to say that Goneril is the thankless child and the cause she made to her father is much more painful than a serpent’s bite. A serpent’s bite may kill at once, but what more can be worse than death, except the great pain and suffering one must endure which made one longed for death. This is how Goneril is being portrayed, the cause of suffering worse than death itself.
From this line and the line when Lear disowns Cordelia “…Here I disclaim all my paternal care, Propinquity and property of blood, And as a stranger to my heart and me…” (I, i, 111 – 114) show that Lear is a rash person, a man with a lot of curses in hand. This could also indicate that Lear is undergoing his time of old age, although by the end of the play he could still be able to carry Cordelia’s body which is an achievement for an old man.

“…like a vulture…” (II, iv, 133), is what Lear told Regan of her sister Goneril is like the ferocious bird that feeds on flesh. Lear is indicating of Goneril’s cruelty on him which he explained as though Goneril feeds on Lear’s heart. This is just really indicating that Goneril has made an action of banishing Lear out of her castle and causes the man to feel hurt by his daughter’s mean deed. This line could also be the use of hyperbole in the text. That is to make an overstatement on Goneril’s feeding on Lear’s heart.

There is also another bird imagery that explains much the same as the vulture. Lear identifies his daughters as ‘Pelican daughters’ (III, iv, 76). Pelican younglings would peck their parents during feeding time and it is thought that the younglings attack its parent in order to feed on its parent’s flesh and blood. In a way, this explains Goneril and Regan action in banishing away their own father after gaining what they wanted from him. They peck him hard that could eventually lead to his senility and in powerless degree.

There is also another reference of the two elder daughters’ characteristic which is made by Kent, “…To his dog-hearted daughters, these things sting His mind venomously…”, (IV, iii, 45 – 46). Dog-hearted is defined as pitiless and the action of stinging is like a bee that stings venomous poison which could be define wholly as pitiless daughters that wish to cause worst damage to their own father.

Other than animal imagery, there is also other imagery involved in defining the characterization of the characters. For an instance, Cordelia is said to be ‘The jewels of our father’ (I, i, 267) indicating that she has been the favourite out of the three to Lear. Though we know that Cordelia does not much with words, we could tell that she gains Lear’s favouritism by her own actions which shown her true sincerity.

Gloucester has used the nature imagery and as well as animal imagery which signify Regan and Cornwall’s cruelty. “…Rash boarish fangs. The sea, with such storm…he holp the heavens to rain. If wolves had at thy gate howled that dearn time…” (III, vii, 55 – 64) reveals Regan and Cornwall’s brutality towards Gloucester. Their violence is portrayed like boar and wolves. Their actions in plucking Gloucester’s eyes out are wild like a stormy sea. However, Gloucester shows his belief to the astronomical and divine power by believing that the treatment he faced could even make the heaven cry.

In King Lear, there is also the use of paradox in the text to show characterization. This could be found when France made a statement on Cordelia “Fairest Cordelia, that art most rich, being poor; Most choice, forsaken; and most loved, despised!” (I, i, 249 – 250). France’s choice of words shows the opposite of each point on Cordelia. She is most rich with love but is poor in wealth, she has the most choice to choose her groom, but now she is abandoned and, she was most loved by Lear, but now is despised by her own father.

The use of metaphor in King Lear could be found when Cordelia meet her father who has gone senile, “Crowned with rank fumiter and furrow-weeds, With hardocks, hemlocks, nettles, cuckoo-flowers…” (IV, iv, 3 – 5), explains Lear’s behaviour at the moment of time. He was crowned with bitter and poisonous flowers as if reflecting the causes of his insanity. The poisonous ‘stings’ and the bitter experiences he faced caused by his other two daughters had actually drove him to madness. He might have chosen these flowers and weeds particularly because he found them related to his wretched feelings.

With the figurative language used in this play, it shows the traits of each character well. Other than making it straight forward as how Goneril addresses Fool as all-licensed Fool, Shakespeare has made it more visual and fully lived the characteristics. One may see the traits as differently from others, but the end of the play, one still would agree that Lear is the tragic hero, Cordelia as the loving daughter, Goneril and Regan as the evil sisters. 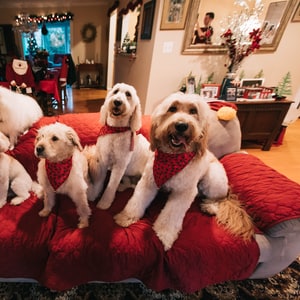 Advantages Of Grooming Your Canine

The Daily life of an Celebration Planner – Dealing With Tricky Consumers 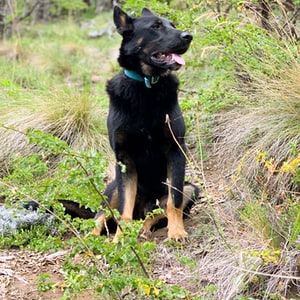