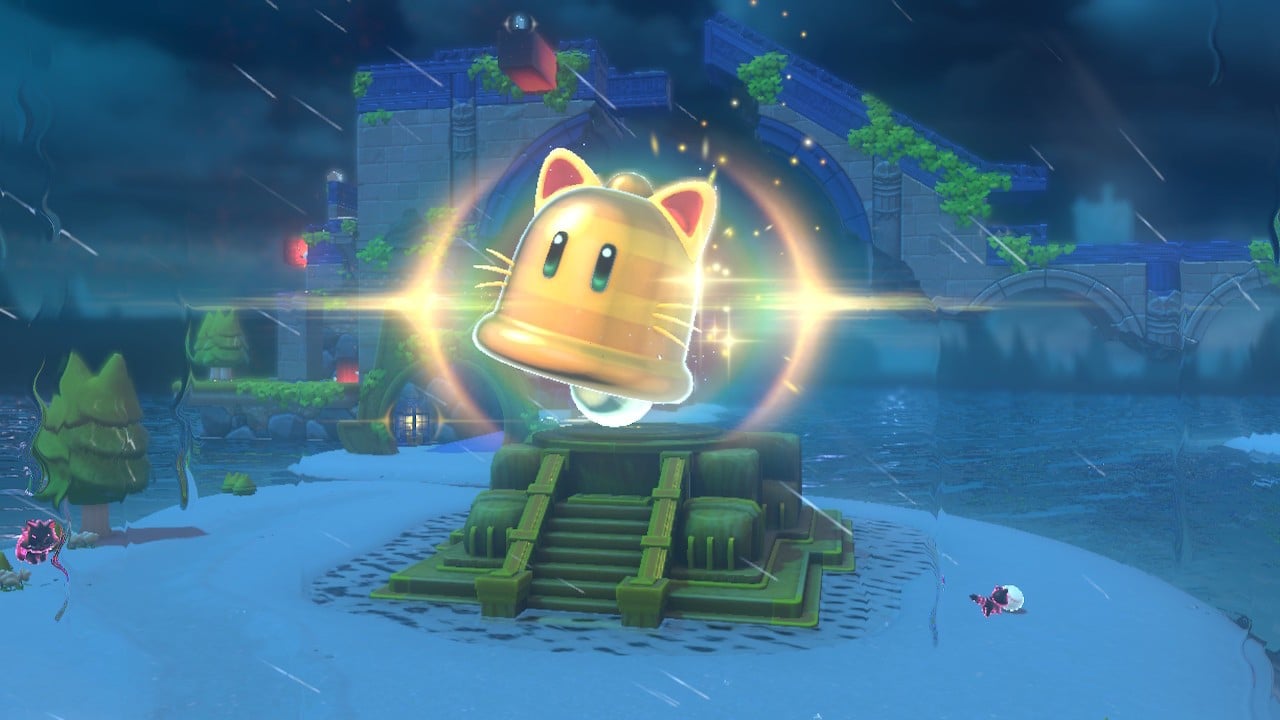 While Super Mario 3D World is most definitely a good time, those of you who have already experienced the game on Wii U will be most interested in the excellent Bowser’s Fury expansion, which offers an open-world setting with Cat Shines to collect.

In this guide, we’ll be showing you all of the Cat Shine locations in Bowser’s Fury.

Assuming you’ve already fought (and beaten) Fury Bowser as Giga Cat Mario, you’ll find a sad mother cat next to the Lakeside Giga Bell, who has lost her kitten. She clearly hasn’t bothered looking very far as said kitten is on the other side of the Giga Bell, playing with a ball. Make sure you’re Cat Mario (the kitten will run away if you’re not) and grab the rascal. Return them to their mother and a Cat Shine is yours.

When you collect your first Shine on Pounce Bounce Isle, it clears away a patch of ink that was sitting beneath a clearly visible Cat Shine. Pop on a Cat Mario suit and use the stone platforms to approach the yellow cog. Spin this using Cat Mario’s attach and then quickly climb the pillar to get the shine (be careful, as the pillar eventually drops back down again).

The next Cat Shine is quite a distance away from the Lakeside Giga Bell, so you’ll need to ride Plessie to reach it. Hop on Plessie from the jetty close to the “Climb to the Shine” Cat Shine, and head towards the wooded island beneath Slipskate Slope. At the far side of the island, you’ll find a purple button. Smash this and you’ll be thrown into a battle against multiple enemies. Once they’re dispatched, you can claim the Cat Shine.

(Clockwise from top left) Board Plessie and swim directly ahead, aiming for the small wooden island. Hop off Plessie and locate the purple button. Hit this, and a battle ensues.

With those Cat Shines in the bag, it’s time to head to Slipstake Slope!

Next to Fur Step Island you’ll spot a smaller island just to the right, with a floating ‘Plessie’ medal next to it. Collect the medal and it will teleport to the nearby Scamper Shores. Use Plessie to swim over and then jump off and pick up the medal as quickly as possible, because it will eventually vanish and return to its original location. Once collected a second time, the medal will reappear on the ledge just above, before making its way across the sea to the Lakeside Giga Bell (ride Plessie to reach this one). Finally, the medal will teleport right next to Bowser’s lair – collecting it a final time causes a Cat Shine to appear.

On the same small island where you collected the first Plessie medal (see above), there’s a bounce pad. Ground-pound it and you’ll fly upwards onto some invisible cloud platforms. There’s a smiling cloud here, too – leap into it and you’ll enter a special course with a Cat Shine at the end. Use the Stars to gain invincibility and take out all of the enemies, and the Cat Shine will be found at the end.

(Clockwise, from top left) Use the bounce pad to reach the smiling cloud. Once you’ve entered the cloud, you need to defeat all of the enemies to make the Cat Shine appear. Use the gold rings as a guide when it comes to returning to the land below

Close to the shores of Fort Flaptrap you’ll spy another Plessie medal. Collect it, and you’ll be guided towards Slipstake Slope. Two medals appear in the open water before the next teleports to the small castle at the base of Slipstake Slope – use the hidden cloud platforms on the side to jump up and get it before dropping back down onto Plessie’s back and heading out into the water to pick up the final medal. It then turns into a Cat Shine.

Close to the Lakeside Giga Bell you’ll spot a Captain Toad being chased by enemies. Take them all out and he’ll give you a Cat Shine.

Next, make your way to the Ruins Giga Bell area…