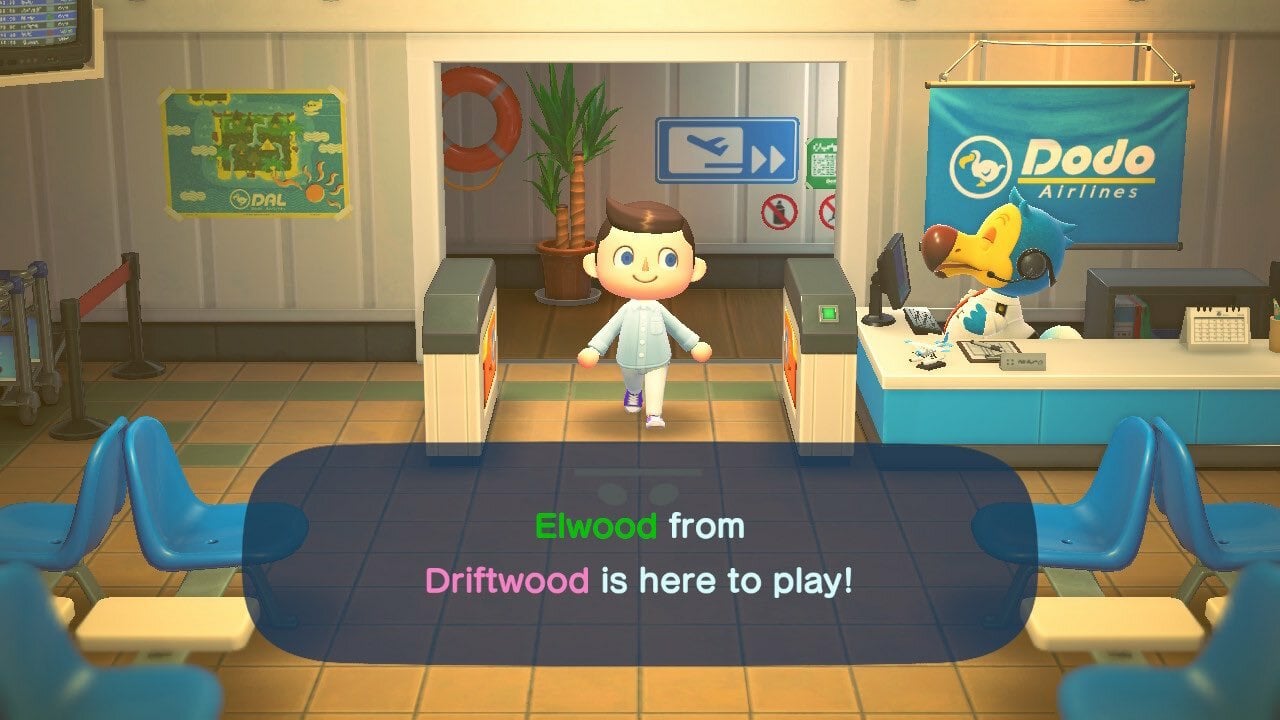 Since launching in March, Animal Crossing: New Horizons has taken over the world. Aided in no small part by the movement restrictions enforced worldwide to slow the spread of the COVID-19 pandemic, players all over the planet have found themselves with plenty of time on their hands to enjoy the latest entry in Nintendo’s sedate life sim.

In these past weeks it seems that many famous faces have taken advantage of Tom Nook’s Island Getaway Package, and celebrities playing Animal Crossing have been popping up all over social media. Some of them you might expect to be Animal Crossing fans, but others have been rather surprising.

Gary Whitta has attracted some huge names to his Twitch-streamed talk show Animal Talking, for example. His upcoming guests include (and we’re not making this up) musicians Shaggy and Sting. Yes, apparently Sting plays Animal Crossing. Of course, there’s no reason why he shouldn’t–it’s a great game–but add this to everything else going on in the world right now and we’re genuinely starting to question which bizarre timeline we’re living in.

Below we’ve listed just some of the celebrities who have been enjoying Animal Crossing: New Horizons since launch, and you’ll also find Dream Address codes if they’ve shared them (which allow you to visit a dream version of their island). This is a non-exhaustive list, but we’ll add it when the next unlikely fan crops up. We’ve got money on Dua Lipa and HRH Prince Charles.

guys I tweeted my turnip prices and elijah wood just came to my island and hung out 😭😭😭😭😭 this is the best day in quarantine yet pic.twitter.com/H3mYJWnvgR— jessa⁷ (@directedbyrian) April 23, 2020

I am gonna axe this guy and throw him in the river, weighing him down with his own eggs https://t.co/ZAFh5ymCmO— chrissy teigen (@chrissyteigen) April 2, 2020

would love to pay off my debt but i’m too busy colour coding my wardrobe & huffing incense pic.twitter.com/5wjdURNyhJ— Maisie Williams (@Maisie_Williams) March 28, 2020

Hoppus also shared his dream island code, so you can visit Quarantine yourself:

American rapper with plenty of bells to his name. Appeared on Animal Talking.

My wife was runnin low on bells so i had to hop over to her island to make sure she was set for the week. Go get yaself somethin nice lol pic.twitter.com/WcXAR10cmY— T-Pain (@TPAIN) May 1, 2020

Well now. I’ve started this thing called #AnimalCrossing – I’m very much taken by the voices of hosts Timmy & Tommy, but am so far somewhat perplexed by the POINT of it all. Is it, in this sense, a metaphor for life itself? I hope not, for I may have pitched my tent ill-advisedly— Stephen Fry (@stephenfry) April 4, 2020

I’m here on Flavortown Island checkin’ out a joint run by local legend, Tom Nook! Unlike the homes around here, you won’t have to take out a loan to afford these dishes 😅 pic.twitter.com/5Ig0spmT8X— Guy Fieri (@GuyFieri) April 13, 2020

American actor of Buffy, The Guild and Geek & Sundry fame. Day has posted her Dream Address code, so you can check out her island for yourself:

We’ll keep adding to this list as and when more famous Animal Crossing fans pop up. If you’ve seen any we’ve missed that you think are worth adding, let us know below.

This article is part of our Animal Crossing: New Horizons walkthrough, which includes a Complete Fish List, Complete Bug List and Complete Sea Creatures List. If you’re looking for specific fish or bug, we can tell you how to catch the elusive Coelacanth, Mahi-Mahi, Giant Trevally, Stringfish, Golden Trout and all the Sharks and Beetles, along with a full list of Critters leaving at the end of the month. We’ve also compiled a Complete Villager List and a Complete List of K.K. Slider Songs, as well as the Best Custom Design Codes and Islands we’ve found so far, and the best islands to visit using Dream Address Codes.

We can also help with How to Spot Redd’s Fake Paintings and Statues, How to Make Bells Fast, How to Breed Flowers, How to Get more DIY Recipes, How to Upgrade Nook’s Cranny, where and when to find special characters like Gulliver, Sable, Label, Wisp, Celeste, Pirate Gulliver and Jack, plus tips on using the Star Wand, Tool Ring, Rock Trick, Cutting Down and Moving Trees, using amiibo on Harv’s Island, How to Back Up Your Island Data, How to Time Travel, How to Get a 5-Star Island Rating and a whole lot more.

And finally Where to Buy Animal Crossing: New Horizons on Nintendo Switch if for some reason you haven’t yet picked up the game.